Miniatures and the Fairy Trend

The next time you go for a walk, pay very close attention and you might just stumble across a tiny door built into the counter at your favorite coffee shop or the trunk of a tree in a local park. These ornate miniature doors have become an international trend in recent years, captivating audiences of all ages. Needless to say, the pint-sized doors have also caught the attention of a number of miniaturists. So, from the history to the legends, here is a basic guide to the elegant world of fairy miniatures.

Though the exact origins of the fairy are unknown, the fairy as we know it today has been primarily shaped by Celtic and Scandinavian legend. Traditional folklore tells us that fairies are tiny, human-like beings with magical powers that inhabit secret, hidden, communities within our world, existing along side other magical beings like gnomes and elves, to collectively form what is known as the Fairy Realm. Legend has it that fairy doors are portals to the fairy realm, which can only be seen by those who believe in magic.

The first fairy doors were crafted in the Victorian era when the idea of the dollhouse and miniature art in general was first popularized. Traditionally, fairy doors were built into the trunks of trees, as fairies were fabled to have built their homes in hollowed trees.

The craft experienced a reprise when, in 2005, handcrafted miniature doors began appearing all around Ann Arbor, Michigan. While local artist Jonathan B. Wright created many of the first doors, the trend quickly caught on and soon, the doors could be found in both wooded, and urban areas around the country.

Today, the craft has become a true art form, as artists work to create doors that are increasingly elaborate and complex. Some of the best places to see their craftsmanship are New York City, San Francisco and, of course, Ann Arbor. When you find one, be sure to look inside—the custom is to leave little slips of paper with wishes written on them just inside of the door in hopes that the fairy will grant the wish. Sometimes the artists also hide little secrets behind the doors, like miniature scenes featuring fairy figurines.

Fairies and the Miniature World

Fairy doors fall into the larger, umbrella genre of fairy miniatures. As fairies are miniature beings, it is not surprising that a number of miniaturists are interested in creating fairy themed pieces. In addition to the creation of fairy doors, some miniaturists create fairy houses—which obviously do not fit the traditional definition of a 1:12 scale miniature house, but which are beautifully crafted in a similar fashion. 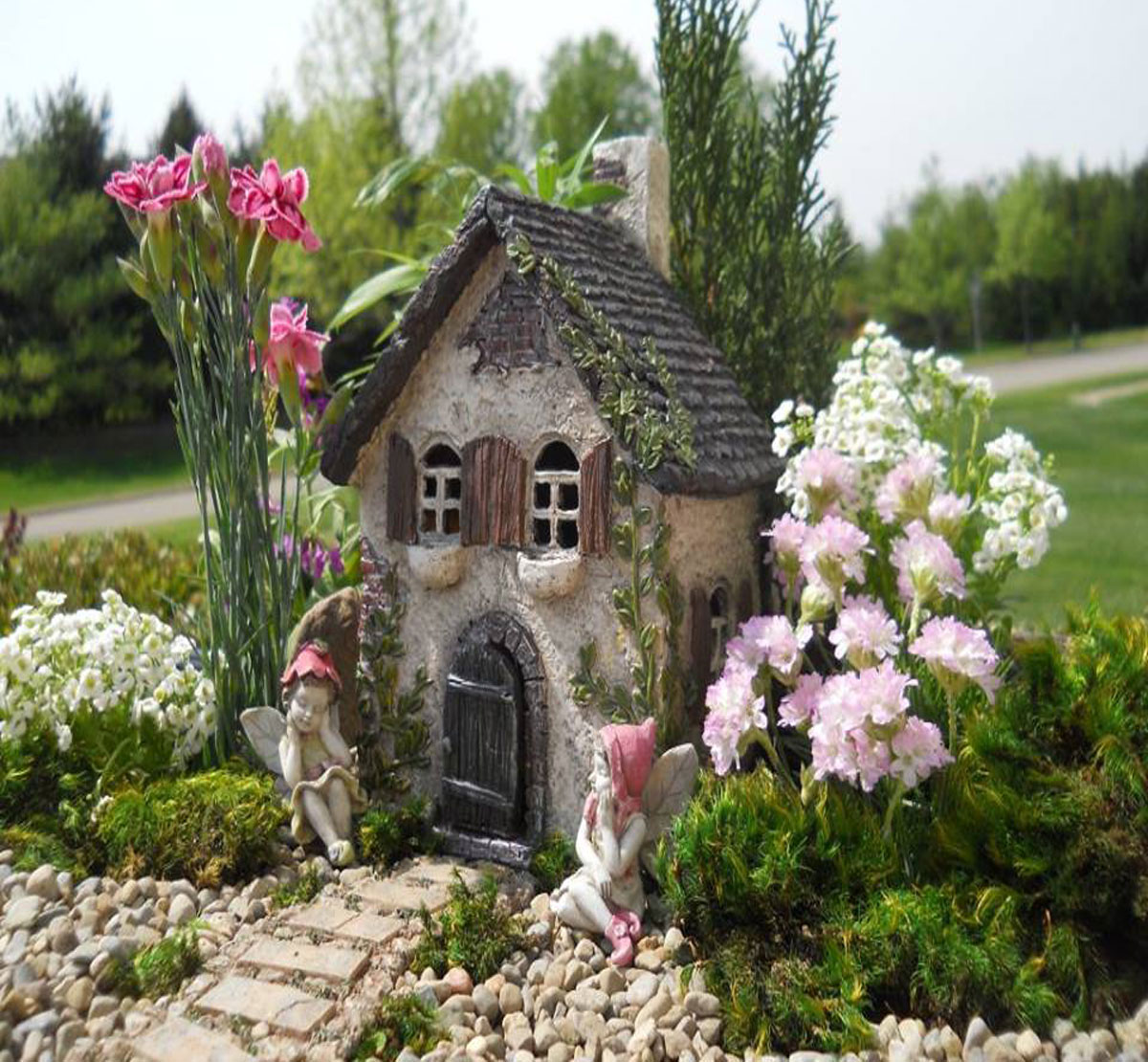 Fairy gardens are another popular fairy-themed endeavor for hobbyists. Fairy gardens are tiny creations that attempt to incorporate ideal fairy villages or scenes into gardens, which mimic the forest in which fairies mythically reside.

This concept is made even smaller by the idea of fairy jars, in which miniature fairy scenes are created inside of mason jars or even tiny bottles to be worn on the end of a necklace. This is meant to imitate the idea of catching a fairy to keep in the home, another popular folklore tradition.

What do you think? Are fairies becoming a legitimate subculture in the world of miniatures? Or is this just fleeting trend?