Best Moments from Episode 2 of The Biggest Little Christmas Showdown

Things got heated pretty quickly when we went into supplies closet in Santa's Workshop to secure tools and supplies It was every maker for him/herself!

We had to get to work pretty quickly and...just like that...minis made happy!

Lots of wood-working and miniature-making filled the hours as we worked towards finishing our "Dickens Christmas" themed project.

Charles Dickens had an awesome desk which is on view at the Charles Dickens Museum in London located at 48 Doughty Street, and one of Mr. Dicken's homes when he wrote some of his famous novels.

We had just celebrated a small win and were concentrating on finishing our work, when...

James came back on set to deliver a timed challenge where we had to build a fireplace with a working mechanical element. And then we lost the challenge and were banished for 30 minutes in the big chair, just after we put a cake in the oven!

We spent our time, however, antagonizing our opponents Sam and Josh who won the challenge...

and being giddy because we were losing so much time needed to finish or project!

Things were a mess!

But we managed through...and persevered!

And continued our build!

and finished up our project!

We wowed the judges for the WIN!

and off to the big finale!

by Dame May Burnett and Sir Darren Scala

It’s Christmas and the Dickens household is in final preparations for the holiday. The parlor is adorned with garlands, swags and the floor-to-ceiling evergreen has been decorated with ribbons, golden orbs and topped with a cherub angel. Gifts have been meticulously wrapped under the tree with festive name cards. “Happy Christmas, Oliver,” “Yuletide Blessings, Tim,” “Christmas Greetings, David,” and “For the New Year, Nicholas” are just a few. A floral arrangement dresses the table near the hearth, which is laden with traditional Victorian sweets, cakes and a decorated gingerbread house ready to be devoured.

On the desk in the upstairs study there is a feeling of mystery and secrets and we find selected pages of Mr. Dickens’ latest novel; these pages tell a story that differs from past accounts of hardship, poverty and strife, representing “Christmas Past.” These pages tell us about some of Dickens most troubled and stricken characters but shows them in a new light. This completed new novel represents “Christmas Present.” The bookshelf in the study opens to reveal a secret room serving as a gallery for “Christmas Future.” The gallery displays 4 portraits, each depicting the future adult lives of some of the children from Mr. Dickens earlier novels.

First is the portrait of Oliver Twist, now the head of England’s leading children’s advocacy fund. Next, we find the painting of David Copperfield, Britain’s leading journalist who reports on the health and education of immigrant children. Third is Nicholas Nickelby, now a leading figure in the fight for women’s rights and equality and finally we find Dickens most cherished character, Tiny Tim. This portrait shows Dr. Timothy Cratchit, founder of the European Society for Pediatric and Childhood Illness.

As we leave the gallery and step back, we feel the power of Christmas: a time of joy, a time of family and friends, a time of reflection and a look into the future.

The Biggest Little Christmas Showdown is a fun, quirky, reality-based four-part series premiering on Friday, November 27th at 9pm ET/PT on #HGTV. Each week only one team will wow the spirited panel of judges which includes HGTV designer Genevieve Gorder, Dave Asling, best known for his work on Welcome to Marwen, and our own darling of the mini world June Clinkscales! Winning teams advance to the next round of this cheerful competition and in the final round, the top contenders craft their most extravagant mini holiday houses ever for a chance at the ultimate victory: a grand prize worth $50,000 and the surprise of a lifetime when their winning miniature is replicated into a full sized magical vacation home decked out for the season. 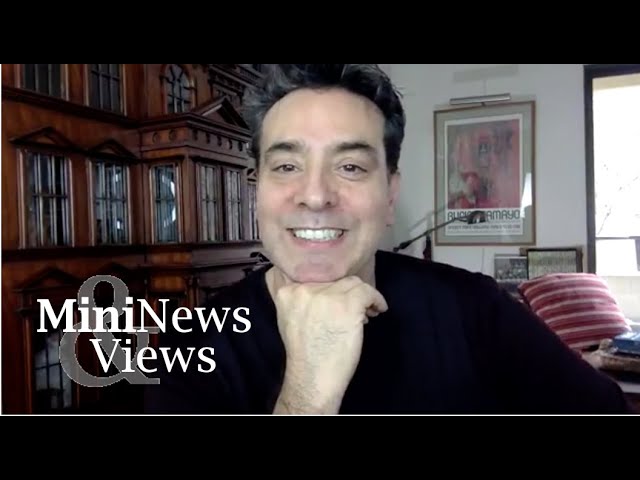 The Story of How I Was Scammed and Lost 40,000 Instagram followers in Less Than 60 Minutes!

The BEST Miniatures from Ep2 of The Biggest Little Christmas Showdown

Best Moments from Episode 2 of The Biggest Little Christmas Showdown

A Tiny Dickens Christmas....the Story behind the Story.